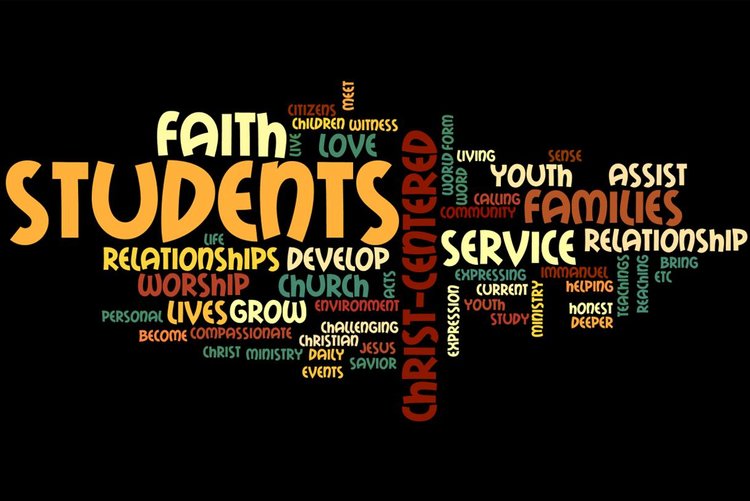 The current generation of youth is an interesting one.

As I've worked with and studied about youth today, it seems safe to say that they are not members of the Enlightenment, nor do they hold the modern notion that Reason can lead us to all Truth that is just beyond the horizon of our current knowledge.

And yet what do they as a generation believe?

But hope is an elusive target in the world. Many of their parents have put their hope in the economy, politics, and the military strength of America. Their children, however, see a failing economy, political unrest, and an ongoing terrorist threat. The future doesn't seem that rosy. So what's left for them to hope in if they don't have the future? The moment. And happiness is king of the moment.

Youth pursue happiness, but the means given by the world—shopping, entertainment, sex, social media—undermine the very endeavor. Pleasure is fleeting. Relations, often only surface deep, get messy quickly. Entertainment can't provide lasting satisfaction. In the end, happiness in the world is little more than momentary escape from the realities of the world.

Given the circumstances, it's no surprise that many youth are restless, insecure, jaded, and desperately searching for meaning to explain all the hurt and suffering they see around them, meaning for their very existence. Sadly, many within the church offer nothing more substantive than the vaporous teachings of the world. In some churches, “youth group” has become synonymous with over-the-top games, entertainment, and shallow teaching. They are told, yes, life here on earth is a mess, but don't worry, one day you'll die and go to heaven. There things will be right. In the meantime, want to see how many marshmallows I can stick in my mouth?

Do we really believe the faith of our youth is so pointless that the best God has for them now is a temporary escape from the world on Wednesday night and Sunday morning? This sort of ministry just reinforces a belief in the meaninglessness of this life.

Where are meaning and hope found? In Jesus.

He didn't come to escape the world but to redeem it. When you read the Gospels, you see the way in which Jesus and his kingdom brought redemption to this world by overcoming physical evil (emotional and physical sickness), metaphysical evil (Satan and the demons), and moral evil (sin).

And the amazing message of the gospel is that we are transferred into Jesus' kingdom of redemption and the forgiveness of sin (Col 1:13-14), a kingdom we pray comes “on earth as it is in heaven” (Matt 6:10). It's a kingdom of meaning for today that heals the broken and strengthens the tempted as they live in the world (but are not of the world).

This is why, then, Paul pleas for the early Christians in Colossae to “walk in [Jesus], rooted and built up in him and established in the faith, just as you were taught, abounding in thanksgiving” (Col 2:7).

But the assumption Paul makes is that all Christians—including young ones—have been taught this kingdom-bringing Jesus,the Messiah as presented in the Old and New Testaments. This is the Jesus in whom youth today can truly root their faith and be fed, grown, and established.

HIS PEOPLE, THE CHURCH

And these are the practices that are to define our worship as the church. Certainly, some of these practices can take place in youth-only venues, but at its heart, these are full-body practices of the corporate church: young and old worshiping together.

I love youth ministry, I really do. But the thing is, we have to be sure that we don't segregate the youth for our sake and theirs. They are part of the body of Christ too, and no part of the body can remain healthy if one of its members is cut off and put to the side. If we segregate the youth, not only do we lose all they have to teach us, but we also inadvertently teach them that the church is really only for adults—those who are married and have families of their own. And then we wonder why they don't get involved in church as college students or young singles, when in reality, we've been telling them all along that the church isn't yet for them.

My prayer is that as we minister to a generation starving for meaning, we won't lose sight of the reality that what these youth need is Jesus, and that he is most fully offered within the community of the church, of which they are a vital part.

MARK HOWARD IS A STEERING COMMITTEE MEMBER FOR ROOTED: ADVANCING GRACE-DRIVEN YOUTH MINISTRY. HE HAS SERVED IN YOUTH MINISTRY FOR FIVE YEARS AND HOLDS BOTH A BACHELORS AND GRADUATE DEGREE FROM WHEATON COLLEGE.